growing and learning, loosing and winning-

Well, its been awhile-
JYSSA is coming along great- we had a tournament and it was a huge success- We got a $4,000.00 matching grant from the local economic board to purchase a thrower and some 3D targets and we are planning a tournament in Feb.

The kids have been normal kids. Bow turned 4, and Brett turned 13. I think my biggest fear of them growing up is wondering if I have managed to instill enough into them that they have a good foundation. 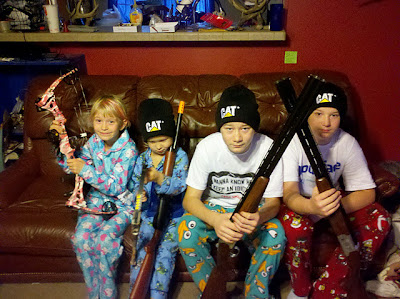 Christmas was all about the weapons- Rayley got a pink bow, and arrows and release and case- a real one.
Bowdrie got a toy bow and shotgun-
Matt and Brett both got double barrel shotguns for their skeet shooting-

But before Christmas we went down to Kenedy for Bretts birthday-

We all hunted and everyone got a kill- Hoover got his first deer- a nubbing buck!
we were all in differnt stands and heard the report of his rifle, then almost imediatly we heard another! he had shot his deer on the run, and it fell, but was still alive, and so the second it lifted its head he jacked another shell in and hit it in the head. That kid is a pretty good shot.

Brett and I also got a little one, nothing special but some real good eating.

The next day BR and both boys went and set up on a feeder, they set up two blinds, both looking at the feeder- Brett was alone and BR was with Hoover. Some turkeys came out and BR has really been wanting to get one, so he took the first shot- He was deer hunting with a .270, so any shot was a kill shot. It fell to the ground, but was flopping a little.

Well Brett, being the helpful little soul he is, decided to help his dad out by shooting the bird again! 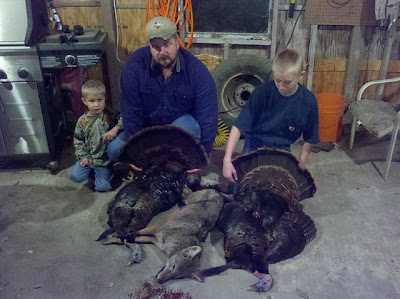 Notice how skinny BR's bird looks? thats cause Bretts shot literly gutted it for them. It was a miracle that he didnt blow off the feathers, so we can still have it mounted.

All in all, we had a blast- Hoover wants to go back in April for his birthday, he wants to get a turkey during spring season.

And Rayley has expressed interest in hunting with us. She has hunted with the boys before- but we all knew that was just a waste of time. heck, I was always suprised when they all came home and noone had pushed the other one out of the ladder stand.

School is going good- As good as it can be when you are dealing with a 4 year old, the Princess of Whinesalot, a preteen and a teen. Lord knows they will try anything to get out of it. But for the most part I think they are doing well.

Rayley has been practicing alot with her bow, and I am very proud of her- when she first got it she had a little trouble pulling it back, but within 2 days she was pulling it back with no problems. I think she might give the boys a run for their money. 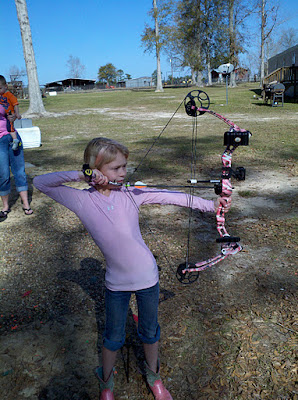 Here she is getting it fitted, She only has a 17 inch draw- her arrows are SOOO tiny!! But she really enjoys it.
BR and I have one more aspect of our training for 4H, we are going this month to get our archery certification. I really hope this class is as fun and informative as the shotgun was. We took Rifle back in October and it honestly wasnt anything to write home about.

Eventually we will do pistol, simply because its not fair to exclude kids who prefer one weapon over the other. (yes, I am sooo over the PC crap- I will be honest, in my opinion if you just buckle under and sugar coat crap, it just attracts more vermin... )

We had a pretty sad Decemeber, we had to make the decision to put Duke down. This was VERY hard on me and BR. BR had brought Duke home and given him to me when the doctors told me I would probebly never get pregnant. he was a mean old fart, but I still loved him. BR burried him under the magnolia tree in the front yard, and I made sure he had a pillow to lay his head on.


I also had to purchase a new TV. See, I got up out of the living room during class time one day to go pee. Its a normal function and as the mom of 4 kids I have to do it quite often. Usually I never get to go alone. My kids think the bathroom is a portal to another universe or something and I will disapear if they dont watch me.
SO- I wasnt gone 45 seconds and in comes Brett-
"Dont be mad, but I was walking by the TV and saw like a little crack"
uhhh we JUST bought that TV in September.
so I came back in here, and all 4 kids are sitting quiet as church mice.

Indeed, in the lower corner was a slight crack, and when you turned on the TV it crackled adn popped and no picture would show.

FINALLY I got the story- or two versions of it.

Seems a kid, (Bow or Brett, depending on which one you ask) had a penny (or a starbucks coffee lid), and chunked it INTO the ceiling fan, because thats fun right?
and it became a projectile and hit the screen. thus cracking it just a bit, but turning my 700.00 42 inch plasma TV into a very large, very useless peice of furniture.

I was NOT happy.

THen, in the infinate wisdom that is a grandmother with little to no concept of my kids inability to maintain control of items in their hands, my Mother in law purchased a wii for my kids for Christmas.

I dont like it, and they dont play it very often. They have to earn the time on it. And since it didnt come with the wrist straps I wont even let them play it until they come in.

I also insist that the games be educational or sweat inducing.

OHHHHH and on January 2nd, I was informed that I was ALREADY the worst mom of the year!!

I went to bed, told the boys to pick up the kitchen and take the trash out to their dads truck.

Instead they did a FEW dishes, and left the trash on the porch. BR let the dogs out when he went to work and I got up at 4:30 to my porch full of trash. NOT a good combination. So being me, I woke up a teenager to clean up that mess.


OH and I have a new baby- She is ADORABLE. 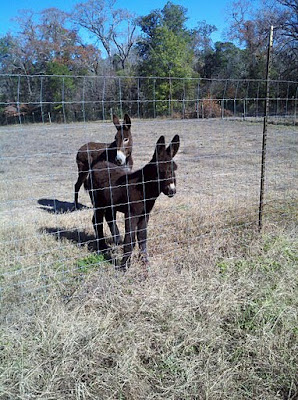 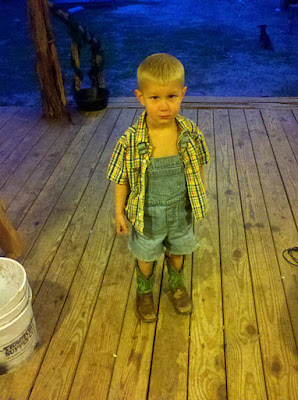